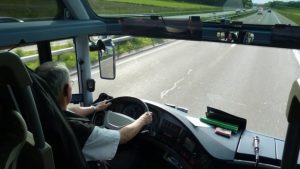 BYD Motors, which calls itself the world’s largest manufacturer of electric vehicles (EVs), has teamed with Generate Capital Inc., a financier, owner and operator of distributed infrastructure, to launch an electric bus leasing program in the U.S.

In total, $200 million will be allocated to the lease program, which will help public- and private-sector clients accelerate the adoption of battery-powered electric buses by reducing upfront costs. According to the partners, the initiative will be the first program of its kind in the country.

BYD says the U.S. currently has around 300 electric buses in the country – two-thirds of which are manufactured by BYD. BYD and Generate Capital believe there is substantial room for growth in the U.S. electric bus market, as the current fleet size is a small fraction of the roughly 345,000 electric buses operating around the world, according to a report from the International Energy Agency.

“BYD’s mission is to fundamentally change the world by reducing our dependency on carbon-based fuels through the development and advancement of battery and electric vehicle technology,” says Stella Li, president of BYD Motors. “This partnership will be critical in that effort by creating new financing alternatives to a broader range of clients.”

“We founded Generate Capital to bring precisely this type of proven solution to the world,” says Scott Jacobs, Generate Capital’s CEO and co-founder. “Electric buses produce almost no greenhouse-gas emissions, they’re cheaper to operate than diesel buses, have lower maintenance costs, and they’re quieter and more pleasant for the rider. Traditional leasing companies typically don’t value any residual in electric vehicles, which makes financing difficult. Programs like these are an all-around win for project developers, customers and the environment.”

The lease program has secured several clients, including universities, corporations and smaller municipalities, the partners say.